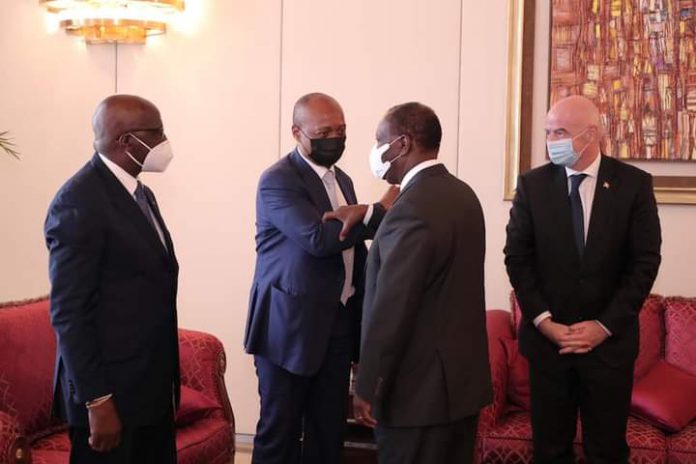 The latter was joined on the evening of Monday, May 3, 2021, in Abidjan, by the president of FIFA, Gianni Infantino and the secretary general of the body, Fatma Samoura.

Just on his arrival on Monday in the Ivorian economic capital, Patrice Motsepe began his visit with an internal meeting with members of his delegation composed mainly of his vice-presidents.

He then had an important working session with members of the standardization commission of the Ivorian Football Federation (FIF), before meeting with his special advisor, Ambassador Jacques Anouma.

During their meeting, which is part of the launch of a Pan-African inter-school football tournament in Abidjan, football officials spoke with Alassane Ouattara on AFCON 2023 to be held in his country.

“We discussed the CAN 2023 to be held in Côte d’Ivoire and the important role that our country must play in African and world football.” said the Head of State after their meeting.

Add iciLome to your Homescreen!