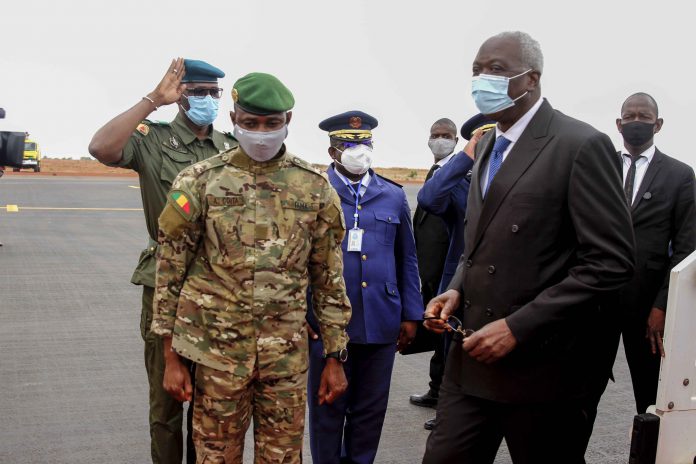 The United Nations (UN), African Union (AU) and the European Union (EU) have called for the release of Malian figures arrested by the army, including the transitional president Bah N’Daw and his prime minister Moctar Ouane.

” I am deeply concerned by news of detention of civilian leaders of the Malian transition. I call for calm & their unconditional release. My Special Representative is working closely with ECOWAS, the AU & all other international actors supporting the ongoing political transition.” UN Secretary-General Antonio Guterress said on his Twitter account overnight Monday to Tuesday.

In a statement, the European Council condemned “firmly the kidnapping of the transitional president of Mali and the Prime Minister and called for their immediate release”.

The Council warned that “the European Union is ready to consider targeted measures against political and military leaders obstructing the transition in Mali”.

These reactions are in addition to those issued in the evening by the Monitoring Committee of the transition in Mali, which brings together representatives of ECOWAS, the African Union and Minusma with members of the international community, including the France, the United States, the United Kingdom, Germany and the European Union.

Speaking in a statement issued on Monday evening, the Committee condemned an “attempted coup” against the transitional power in Mali and called for the immediate release of the President and his Prime Minister.

According to corroborating sources, Camara and Koné are the brains of the coup that overthrew former President Ibrahim Boubaker Keita on August 18, 2020.

As a reminder, President Bah N’Daw and Moctar Ouane took office in mid-September 2020, following negotiations between the Economic Community of West African States and the military junta.

Their main mission was to lead a peaceful transition lasting 18 months, to end with the holding of general elections and the restoration of constitutional order.

Prime Minister Moctar Ouane presented his resignation on May 14 and was reappointed the same day to form a new government.

Add iciLome to your Homescreen!